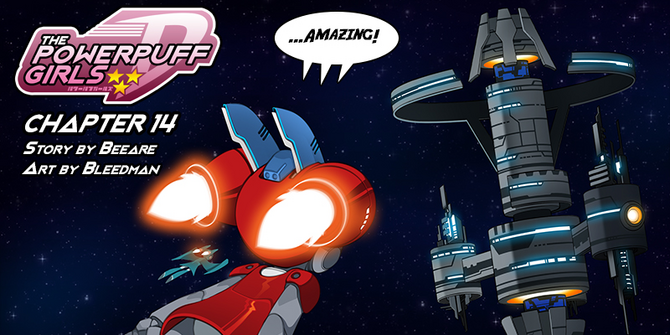 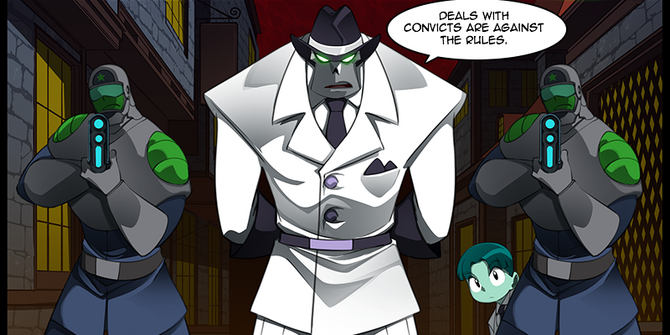 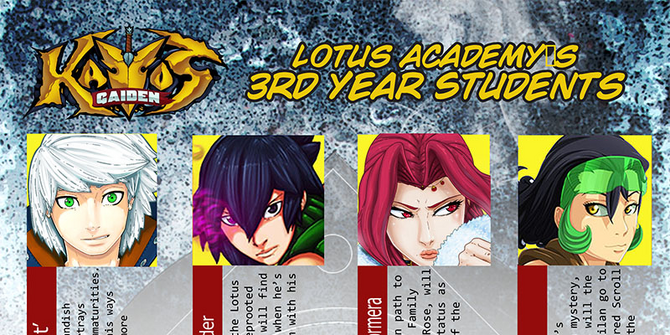 The Justice League is entering the fray.

The final leader makes his appearance.

Check out the 9th chapter of Kayos Gaiden!

The Snafu Comics Wiki is the OFFICIAL collaborative database about Snafu-Comics.com. The wiki format allows anyone to create or edit most articles!

If you enjoy the comic then you might be interested in joining the OFFICIAL Discord here! Have fun! We'd love to have you!

If something troubling you, have questions or want to say hello, you can contact the admin; Crispycol.

Featured Article
Skulker is a character appearing in Grim Tales From Down Below. 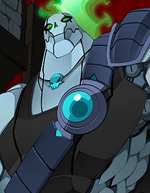 Skulker is a bounty hunter from The Ghost Zone, a tiny ghost inside of a large mechanical suit. He looks across the Underworld to collect various species for his collection, including Chi one time, despite getting stopped. He also seems to be working alongside Clockwork on a secret mission in which he captures Nicolai Technus and runs into Walker and the police of the Ghost Zone. 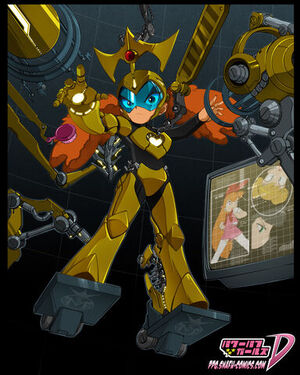 MORE CHARACTERS
Contribute to the Wiki

Community content is available under CC-BY-SA unless otherwise noted.